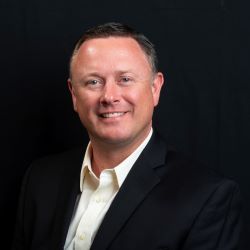 Dr. Banks was raised in rural southwest Missouri on a small farm. He was the first young man to graduate from the United States Air Force Academy from his hometown. Next, he matriculated to medical school in Philadelphia, Pennsylvania. After completing a six year General Surgery Residency in Texas, he served on active duty in the United States Air Force at Offutt Air Force Base, Omaha, Nebraska and then Keesler Air Force Base, Biloxi, Mississippi. During his time in the Air Force, Dr. Banks deployed three times overseas in defense of our country to Iraq, Afghanistan, and South America. He personally cared for over 1000, war casualties during his duty as a combat surgeon. Upon leaving the Air Force, he moved to Ogallala, Nebraska to work for 4 years as a rural surgeon. Currently, Dr. Banks has moved his practice to Grant, Nebraska. Dr. Banksï¿½ surgical practice includes an extremely broad spectrum of care. He has performed over 5,300 operations in his career thus far (and counting!). He enjoys helping patients with surgical needs of the gastrointestinal system, the abdomen and its contents, breast diseases, skin and soft tissue cancers and diseases, hernias, wound healing, and traumatic injuries. He enjoys music, NFL football, and spending time with his family and friends.
Return to Provider Menu
<